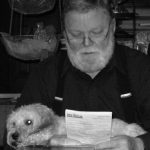 With the introduction of machinery, things have become troublesome. In Japan it is said that there are no things such as machines in a meditation hall. Not even a telephone. Here we have both a telephone and a tape recorder. But since we have no radio or television it is, in the respect the same spirit as in Japan.

Because of your concern you have purchased a dishwashing machine. Observing the machine in action one sees that it requires no human effort except to push a button. The human effort becomes almost like a ghost. By observing people in action while the machine is operating, it seems to me that they are even more lazy than they were before the use of the machine. This laziness has a Zen meaning, so do not confuse it with the ordinary meaning of laziness. Zen idea fades even farther into the distance with the use of the machine. Why? Because we are affected by the philosophy of machinery in our lives. Unless we have a strong determination to apply human effort, we will become so affected by machinery that we will begin to lose purpose.

What is this firm determination to live as human beings? We are always alive. Even when we are dying we use the expression, “We are dying.” Thus, we are constantly expressing ourselves. Since we are brilliantly manifesting ourselves, our activity in life should also reflect this brilliance. By depending more and more on machines this brilliance seems to be becoming more and more cloudy. If the machinery is used in its proper place and condition, it is quite all right, but we have to be very careful in our judgment of where and when a machine is appropriate for use.

When Buddha experienced enlightenment, his first statement was, “I am manifesting this brilliance along with everybody else in a unified manner.” Thus I am brilliantly expressing manifestation and, along with that, nothing is without its own brilliant manifestation. Since everything is expressing itself brilliantly, we can say that nature, man, everything, exists as its own existence and its own brilliance and it is all unified. Since I am one with everything, including authority, there is no need for me to look up to authority. I am authority, so to speak.

With our mind that requires words and thinking, we have made an object of ourselves and likewise we have made an object of God and other authorities. While we must live in the world, in the economic and social world, we of course need ideas and other mental activities. However, to be a human being is to experience the fact of our oneness with God and nature. It is very necessary to be able to think in terms of subject and object to make our way in the world. The spiritual world, however, is not a world that is to be brought about, but rather one that exists at the present moment. It is not something in the future that we must experience. Thus the world of subject and object says we must sometime in the future experience satori. But in the dimension of the spiritual world, we are already in satori. So unless we manifest this reality of already having satori, we are not in the spiritual dimension.

Did you understand that? I ask you, “Where is your home?” Since you have a home, you can live without concern, without anxiety. Living without concern because we have a place to go, we are manifesting this confidence. Thus you have no concern for a home, do not make an object of this concern. Just substitute the word, “home,” for “God,” or any other authority. You have never lost your home. The only time you have to look for your home is when you have lost it. If you were asked, “Where is your home?” and you answered by locating it, you have already made an object out of it. Neither by answering, “here!” or “there!” would be a correct answer. The realization is: “My home is neither here nor there, neither subject or object: my home embraces all!”

For more teishos by Joshu Sasaki Roshi on this site, click here.