What is religion and how does it relate to Zen? Shozan addresses this question in this article.

What is religion and how does it relate to Zen? The question becomes simpler if we consider that traditionally societies did not have a special word for religion per se because religion was not separate from other activities. Indeed, religion was the network of beliefs and practices that held a society together and gave it meaning. Religion became a separate concept only when contact with alien cultures revealed different beliefs and practices. Religion was then relegated to what ‘those people’ think and do. At worst, the religion of those people was bestial and evil and therefore demanded extermination. At best it was backward, childish, superstitious, but something to be put up with for the sake of tolerance.

With polytheistic societies, tolerance was easier because any remarkable feature of nature or human experience could be regarded as a deity, therefore alien deities were understandable even if odd. (In ancient Rome, for example, alien visitors or residents were allowed to build and observe rites in their own temples in the city of Rome itself as well as other Roman cities.) With monotheistic societies (Judaic, Christian, and Moslem) tolerance was more difficult because each claimed that it alone could properly define the nature of a single, universal God. The very singleness of the endeavor would seem to promote universal accord but ironically it produced intense discord. Differences, even small differences acceptable to polytheistic societies could not be tolerated with a single God. The notions of all other societies must be in error, perhaps satanic error at that, and therefore subject to suppression if not extermination. Cynically stated, the result was this: religion (as idolatry, superstition etc.) is what other people live by; what we live by is religion in the ‘highest’ meaning, or we can even dispense with the word ‘religion’ altogether and say our way is ‘reality.’ Though we imagine we have evolved far beyond that state of affairs, it is actually with us still. Simply put, religion is the pattern of your attitudes and acts which gives meaning to your life. What about deities? Well, a deity does not have to be personified to be a deity. In this basic context, a deity is any entity, pattern, or model which seems to give structure and meaning to one’s life. Usually such a deity is shared with other people, the more the better, and that may be the main difference between what we regard as ‘insanity’ (a deity to one person only), a ‘cult’ (only for a few) and ‘recognized religion’ (for millions). Money, power, fame: are these not deities in our time, deities which can also be personified in the images of successful billionaires, politicians, movie stars or sports heroes?

If you object to regarding such goals as deities you are manifesting the ancient attitude that what others live by is (at best) religion, while what you hold is ‘reality.’ Interestingly enough, the most prevalent religion of our time is not Christianity but what might be called ‘scientism’ to distinguish it from ‘science.’ Science, properly speaking, is a means of investigating nature and its results are admittedly educated guesses which may be altered or overthrown tomorrow. Science modestly makes no claim to final, absolute truth and accepts that there are other, equally valid approaches to truth. Scientism, on the other hand requires that we regard scientific methods as the best way or only way of reaching the truth of existence, and scientific results as ‘reality’ per se, or absolute truths. Scientism conceals its human aspects by claiming it is completely objective, completely free of all philosophy, metaphysics or subjective assumptions. Because of its patent or implied promises of miracle solutions for all human ills (war, poverty, disease, old age, etc.), scientism has great appeal and is therefore a useful tool for governments and large commercial enterprises.

Failure to recognize the religious aspects of all serious human endeavors can result in strange, contradictory behavior like atheists religiously attacking theistic religions in the name of ‘science’ or ‘humanism,’ or pacifists militantly decrying military and police activities, or right-to-life advocates killing abortion clinic personnel, or communists suppressing human rights for the sake of ‘the people.’ In each case, the proponents of this or that movement deny the subjective features in their cause, claiming instead that their cause is justified by external, objective principles, derived from science, God, historic necessity, or some other ‘real,’ nonsubjective source.

Coming back to the original question, if you think that religion is limited to a set of rituals conducted by specially ordained personnel in special locations according to dogmatic principles established in a text derived from a single, all-powerful deity, then Zen is not a religion. Some have said that Zen is just a philosophy. But philosophy in the modern sense can be merely an organized view of existence, a view which is not necessarily lived out. Zen is radically empirical, insisting that tenets and terms used expediently as its teaching devices all derive from immediate personal experience, and have no preexisting reality apart from that experience. Zen cannot be a just a philosophy then because whatever is gleaned in its practice must be thoroughly lived on a day to day basis.

Some have said that Zen should be regarded as a psychology, a science of human nature. What is the relationship of religion, philosophy and science? To its ancient Greek originators, philosophy was a criticism and rectification of traditional religious tenets about the nature of existence. Unless renewed periodically, all established movements tend to become literal, routine, bureaucratic, out of touch with the original intent of their founders, and irrelevant to the needs of their followers. Philosophy was not intended to supplant religion but rather to correct the gap between ancient Greek religious values and current practice.

As time went on however, philosophy became an activity in itself, giving the impression that it was independent of religion. In other words, philosophy as a professional activity suffered the same ossification that beset religion. While it continued to foster freedom from prior notions, willingness to test all notions and accept all results as only partially closed ‘educated guesses,’ it gradually diminished mind or mentality as a legitimate subject of investigation in its own right. By the time of Aristotle, philosophy had a more or less fixed split between the ‘physical’ and the ‘moral,’ or between nature and man, and the latter (if considered at all) was increasingly reduced to terms of the former. Life and consciousness could not be easily measured, formulated and predicted and therefore got reduced to the area of experience which lent itself to such measurement, that is,. the so-called ‘physical.’

When Christianity became the official religion of the Roman Empire, philosophy was reincorporated in religion and remained so long after the fall of Rome. Philosophy came into its own again through contact with Moslem cultures from the 8th century on. With the European discovery and rapacious colonization of North and South America and then the rest of the world, a remarkable change occurred. ‘Backward’ or ‘heathen’ natives in the conquered territories were forcibly converted to Christianity so religion was nominally the justification for European dominance. However, for governmental control and commercial exploitation it was more practical to regard the conquered lands and peoples in a nonhuman or even nonliving manner. Dead, nonliving, or unconscious things don’t argue back and they can be used or abused any way one wishes without any pangs of conscience.

By the 17th century in Europe, philosophy revived and quickly took up where Greek science had left off. Newton and other great scientists of that era were also dedicated religionists and philosophers. But the prevailing need of the time was for a ‘reality’ that would justify the political and commercial exploitation of the world. Certain notions in the new science initiated by Galileo and Newton were potentially such a justification if they could be reified as a belief system that appeared to have nothing to do with belief. A universe of dead or nonliving matter, running like a great clock according to mechanical principles that are mathematically graspable: What a perfect justification for unlimited exploitation! If there is no human quality in the model of the universe, then, of course, there is no issue of belief, subjectivity, and limiting morality. Everything is permissible.

But first, God had to be eliminated because God represented a lingering human aspect in the machinery, a mental, evaluating, and therefore moral aspect. So, bit by bit the Christian God as The Cosmic Mathematician was retired from the new picture of the cosmos. What use was there of God if human intelligence could discover, formulate, and then exploit without limit the principles of the great machine? Philosophy as a process of questioning the fundamental nature of existence almost disappeared again, swallowed up as it was in the new religion of scientism which denied mentality any legitimate place in the scheme of things. Mathematical formulas and technical devices gained deification in place of the God. Of course, though considerably weakened, Christianity has retained a nominal hold but most people in the ‘developed’ countries look to Scientism not Christianity for miracles like curing all diseases, or colonizing Mars.

Only recently have we begun to appreciate the payments exacted by scientism. It isolates us from nature. Human beings are material aggregates which have accidentally developed life and consciousness. Nature is indifferent to or even antagonistic to that consciousness. There is no point to life other than propagating and then dying. There is no natural limit to human greed. Scientism in the 20th century has provided the means for killing or maiming more human beings than lived on the face of the earth before the 20th century. It has likewise (in its ‘conquering nature’ stance) abetted the irresponsible depletion of natural resources and polluting the environment with waste products. Science is here to stay but scientism has run its course as a belief system. What will replace it? Only the future can tell.

It should be obvious that as we use the words now, Zen is not a religion, a philosophy, or a would-be science like psychology. Modern psychology, for the most part, has been trying for 150 years to prove it is a science like physics, that is, that it can measure, mathematize, control and predict human behaviors like the discrete physical entities of physics. The effort hasn’t worked so far and is not likely to work in the future. Even the more ‘humanistic’ forms of psychology start with a tenet of Scientism, that is the assumption of an irrevocable split between subject and object, and ‘self’ is something only within the envelope of your skin, mainly sustained by your brain. Zen experience challenges this assumption.

So what is Zen then? Only your immediate experience can answer that. 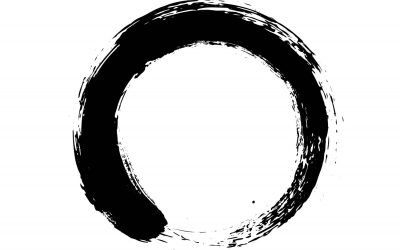 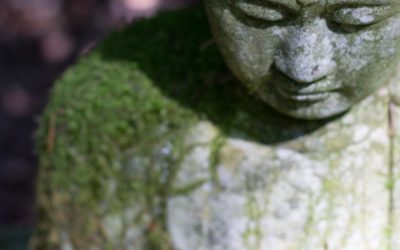